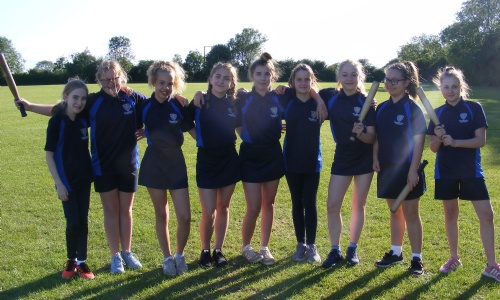 On Thursday 6th June, the yr 8 rounders team (with some help from a couple yr 7 girls) played in a tournament in Gainsborough against 8 schools in the Lincoln and Gainsborough district. It was a brilliant event. They were placed in a group of William Farr, Queen Elizabeth’s High School and Lincoln Castle Academy, and despite not making the semi-final stage of the tournament, our girls gave it a good go chasing down some competitive scores from the other teams, with some well hit rounders and well taken catches in the field from our lot in a close game with Lincoln Castle Academy which finished 9 and ½ rounders to 6 and ½ rounders. Well done girls!